VETRO IN THE METRO 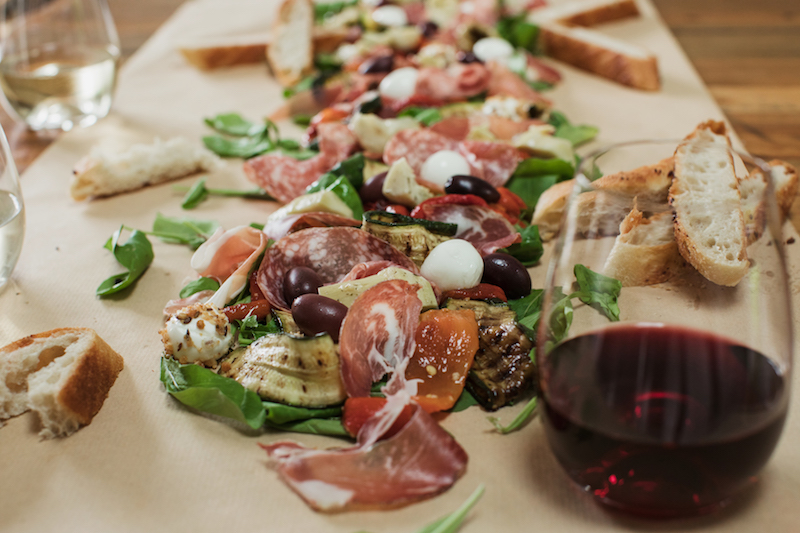 When Vetro Mediterranean Foods opened in Hamilton in September, I was swiftly through the front door, exiting with a bag packed with pecorino, pappardelle, olives, and some other lovely comestibles.

Anna Greentree was on the counter, welcoming customers, and saying, “Please tell us if there’s anything else you’d like us to stock and we’ll do our best to get it.” A couple of weeks later, the white anchovies I’d mentioned were in store and I was whisking up my favourite Italian salad starring white anchovies.

We’ve got great food available in the Waikato, but I’ve missed a large specialty business such as this. They’ve come and gone in Hamilton over the years, including an earlier Vetro.

Anna Greentree and husband Daryl saw the gap in the market, and they had the confidence and corporate business experience to do something about it.

They’re the owner-operators of the new Vetro, which is part of the North Island-wide Vetro co-operative buying group started in 1999 by Jan Patulski. There are Vetros in New Plymouth, Napier, Tauranga, Rotorua and Gisborne, and they pride themselves on good quality foods at affordable prices from Mediterranean and New Zealand producers. It’s good to see the brand back in Hamilton.

Daryl says they’d wondered what the reaction to its reappearance in the city would be. He couldn’t be more delighted: “People are thanking us every day. It’s been so positive and we’ve been surrounded by good people from the beginning.”

Anna and Daryl are new to retail but they have both worked in the wholesale grocery industry. Prior to Vetro, Anna was a national account manager for Integria Healthcare. Nowadays she is hands-on, with a staff of four, at the store at 122 Rostrevor Street, while Daryl continues as national sales manager for Hamilton-based Prolife Foods.

The couple love good food and they became familiar with Vetro when they lived in Rotorua. It became their go-to place for some family staples and they missed it when they moved to Cambridge three and a half years ago. They recall searching for white truffle oil to replicate a dish they’d enjoyed on holiday in Los Angeles. They drew a blank, and the notion of a new Hamilton Vetro gathered momentum.

They spoke to Vetro founder Jan Patulski, and Anna says they’ve been privileged to work closely with him throughout; he has offered invaluable mentoring and support. They did local research and reconnaissance and eventually found the perfect premises on Rostrevor Street: a vast engineering workshop now transformed as a stylish store with a warehouse, packaging area and chiller at the rear.

The project was well underway when the Covid-19 pandemic lockdown hit New Zealand in March, and Daryl said some people thought they were mad to continue in the face of such economic uncertainty. But he and Anna saw it as an opportunity. “Hamilton is growing massively, it has a sophisticated food scene, and lockdown saw a renaissance in home baking and cooking. Why not build on this?”

While they stock a wealth of Mediterranean lines imported by the Vetro co-op, they have the flexibility to grow their range as they wish. They’re keen to support local producers and Anna points to frozen berries from Te Awamutu, Quack A Duck products from Cambridge, and Duck Island ice cream, among their Waikato items. There is more to come.

As Anna tours the shelves laden with well over 1000 different products (including the elusive white truffle oil), she talks about some of the things she’s cooking for her family. She and Daryl have three teenagers, and Anna jokes that being surrounded by good food at work means she’s lifting her game at home.

The other night she made a Jamie Oliver recipe with porcini mushrooms and pappardelle; another night, pancetta and squash risotto. She says Vetro’s own-brand Coppola canned plum tomatoes make a beautiful sauce, cooked long and slow, and finished with red wine vinegar, Maldon salt and fresh herbs. “I love Italian cooking, it’s so simple. Good food doesn’t need to be complicated.”

For the future, they’re envisaging perhaps a wholesale arm of the business, supplying restaurants with some specialty lines. This wouldn’t be about reps and trucks on the road, but chefs coming into the warehouse, tasting and shopping themselves.

But it’s early days, and Anna says they need to walk before they can run. The emphasis at present is on delivering the best retail experience for their customers.

She is enjoying talking to shoppers—the end-users—about what they’re doing with Vetro’s products. “It’s not like a supermarket where people are in and out. Everyone is so friendly and we feel like we’re making a difference.”

Summer Entertaining’s a Breeze with Vetro

It’s the summer dilemma—longer days and balmy nights are the perfect conditions for entertaining, from impromptu BBQs to drinks and nibbles with friends.  But, as the saying goes, time flies when you’re having fun and sunny summer days spent at the beach, lake or just mucking around at home are a great example of this.

Don’t use time, or lack of it, as an excuse not to have friends around or take up that invite! Instead, shop smart, apply a few crafty ‘cheats’ and enjoy some great food and company without the stress. I headed into Vetro Hamilton, filled my basket, and here are just a few ideas I came up with.

Grazing platters have been all the rage for the last couple of years, but if you have ever attempted to put one together you will realise just how much work they are and how much food is involved. I say, take this concept but simplify it.

Roll some brown paper out on the table and simply layer it with a selection of cured meats, cheeses, olives and dips. Anna from Vetro says their taramasalata from Elysian Foods is really popular. I personally love the pates and terrines from L’authentique. Add some fresh bread, crackers or crostini, open a bottle of wine and enjoy.

Then at the end of the night you can simply roll up the paper and pop it into the compost or worm bin.

Not just any cheese and crackers! Seed crackers are New Zealand made, gluten and dairy free crackers packed with tasty seeds and quite simply scrummy. Pair these with some cheese and some juicy green olives and you have a sophisticated plate of nibbles. Perfect with a glass of prosecco or merlot.

These delicious Italian desserts are a faff to make from scratch! So pick up a packet of ready-made shells and fill with a mixture of Zany Zeus Ricotta, orange zest and a little icing sugar. Or if you want to get really fancy, before filling them dip each end in some melted chocolate and chopped nuts (pistachios are perfect!). 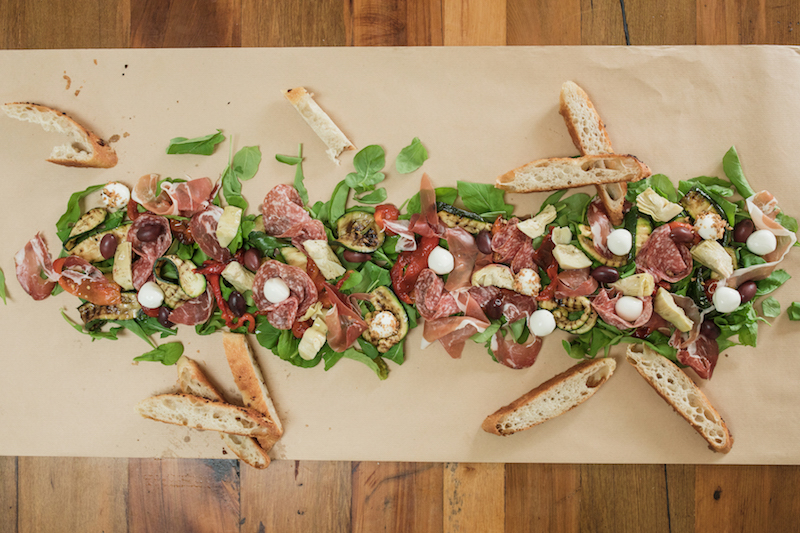