THE POP-UP THAT’S TAKING OVER 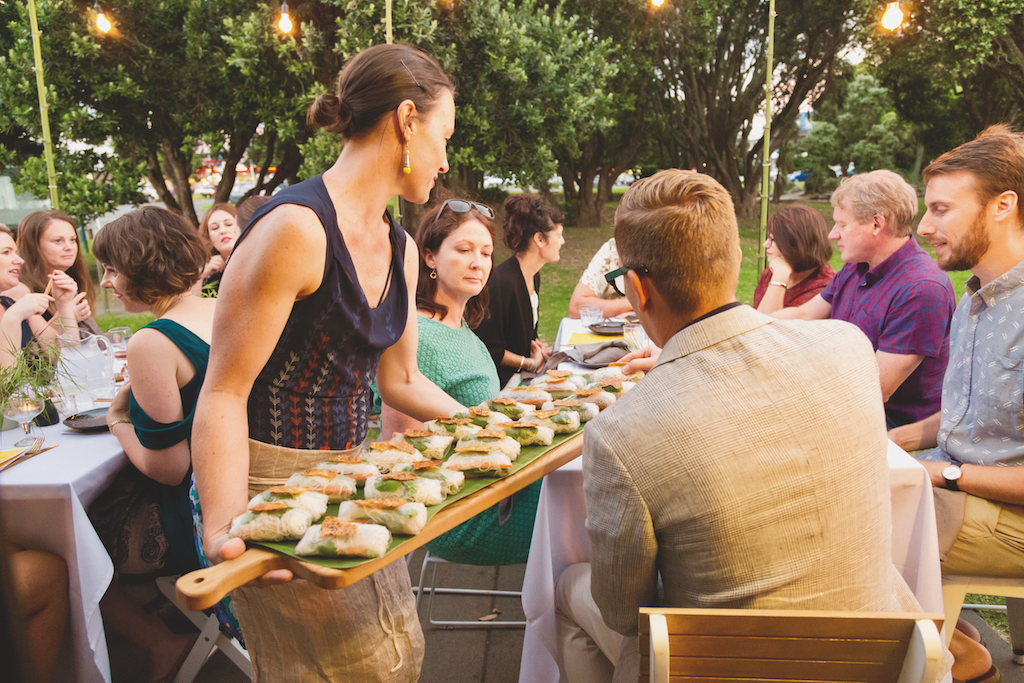 You may think embarking on a wild, mysterious and captivating gastronomic adventure would require an exuberant price tag and a long-haul flight to New York. But thanks to Mount Maunganui’s latest innovative dining concept, Kitchen Takeover is delivering a series of immersive pop-up restaurants in secret locations throughout the Bay of Plenty (and soon the Waikato!). Designed for the brave foodies among us, guests purchase tickets knowing nothing about where they’re going, what they’ll be eating or drinking or who they’ll be dining with, until the very last moment.

Kitchen Takeover is the brainchild of self-proclaimed foodie, Stacey Jones and internationally experienced chef Shane Yardley, who’ve combined creative and culinary forces to transform spaces across town and host a truly unique, big-city style dining experience. From the cryptic text with location clues, to the elegant venue or rum-spiked pineapple with coconut sorbet and pineapple sage meringue, every element is designed to stimulate the senses.

The adventure kicks off with canapés and cocktails, where diners can sample Stacey’s mixologist mastery, sipping on a beetroot and rosemary gin fizz while enjoying Te Maku oysters with pink nitro ginger pearls. Constantly searching for avant-garde ingredients to showcase, they’ve even grown their own electric daisies, a fascinating edible flower that makes your tongue tingle and your taste buds hyper-salivate. Wherever possible, dietary requirements are catered for and there’s an option to add matching wines to each course.

The intention behind the pop-up dinners is to plant seeds of connection, as their multi-course menus weave together edible artistry, storytelling and provenance. Taking full advantage of nature’s botanical treasures, utilising community garden weeds, showcasing wild caught venison and embracing the glut in a neighbour’s backyard. Throughout the evening guests are encouraged to engage with both the food and each other and to consider how that spearfished Mayor Island porae made its way to their plate.

The Kitchen Takeover story begins with Stacey, a British expat and proud Mount resident of almost ten years. She fell in love with the Bay but missed the vibrant diversity of London’s culinary landscape. Despite an emerging local scene, she saw the opportunity to bring the pop-up restaurant culture to Tauranga. After sitting on the idea for a while, that kiwi can-do attitude kicked in, and in February 2018, she rallied friends and fellow creatives to host an intimate, multi-course Vietnamese degustation at Spongedrop Cakery.

“We sold 24 tickets, and I cooked the entire menu alongside On My Hand’s Shaye Woolford who had swapped her florals for saucepans for a night. We somehow smashed it out and everyone absolutely loved it,” says Stacey. “The feedback was so positive that I knew there was something really special in this concept.” After taking a break to have a baby, she continued to get enquiries about upcoming events. A successful career in marketing and advertising meant she had the ability to build an idea into a tangible concept, but wasn’t convinced her cooking capabilities provided the quality these dinners had the potential to deliver. “I think this was more I didn’t have the training to do larger numbers” says Stacey.

In early 2019, a mutual friend introduced her to Shane Yardley, the chef tutor at Toi Ohomai Institute of Technology. Along with a host of culinary credentials, involving head chef at Auckland’s Euro and Fish, several years as Simon Gault’s right hand man and a guest judge on MasterChef, it was his passion for technique and a commitment to motivating the next generation that most impressed Stacey, and he was swiftly appointed chief technical officer.

The Secret Garden came next, inspired by the global plant-based movement, where the Mount’s Mixture Eatery was styled to encapsulate a garden oasis. The menu included produce from local grower Six Toed Fox Organics, highlighting the magical power of plants.  With a main course featuring smoked miso tofu, wrapped in collard greens with slow roasted butternut, cauliflower and cashew puree, wild mushrooms, crispy chickpeas and a vegetable demi glaze. It was gleefully described as a ‘glorious roast dinner’, hitting all the right notes of satisfaction without a trace of meat.

As excitement grew, so too did the guest list. The Let it Snow event served 450 people over nine nights, as diners enjoyed artful plates of aged duck breast alongside duck wellington, duck skin crumble, baby carrots, parsnip purée and spiced jus. One guest shared, it was “one of the most memorable food events I’ve been privy to and some of the best food I’ve ever been served in the Bay”. With more enthusiastic feedback rolling in, before Stacey knew it, Kitchen Takeover had moved from side hustle to full time business.

Grateful to her fearless guests that have taken a leap into the unknown, Stacey’s seen strangers become friends and meat lovers consider veganism. She recalls a particularly heartfelt moment, where she noticed a 70-year-old couple laughing across the table with a younger couple, as they had just figured out they were neighbours. Aside from the exquisite food, it’s this subtle focus on building community that underpins this restaurant series so beautifully. Highlighting the power of a shared meal to act as a springboard for future friendships.

With some exciting events in development in 2020, Kitchen Takeover is also introducing private dinners. The crew will take over your kitchen and create a distinctly personal celebration for that significant birthday, anniversary dinner, or a fancy soirée for your favourite people, ensuring the occasion is both mouth-watering and memorable.

With such strong success in the Bay, Kitchen Takeover are heading to the Waikato to host their first pop up dinner as part of Feast Waikato on Saturday 4 April.

To find out about upcoming Kitchen Takeover events head to kitchentakeover.co.nz and get your name on the mailing list. But a word of warning –the latest Hunter Gatherer Tauranga events sold out in less than fifteen minutes and a handful of guests haven’t missed a single event, so you’ll need to be quick to secure a seat at the secret table. 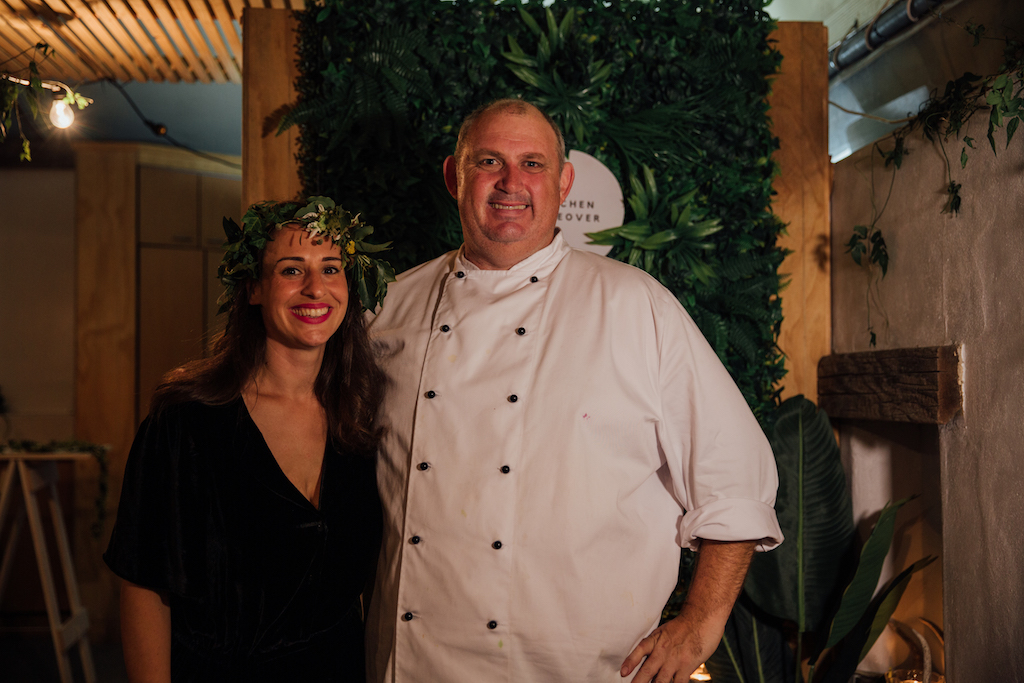