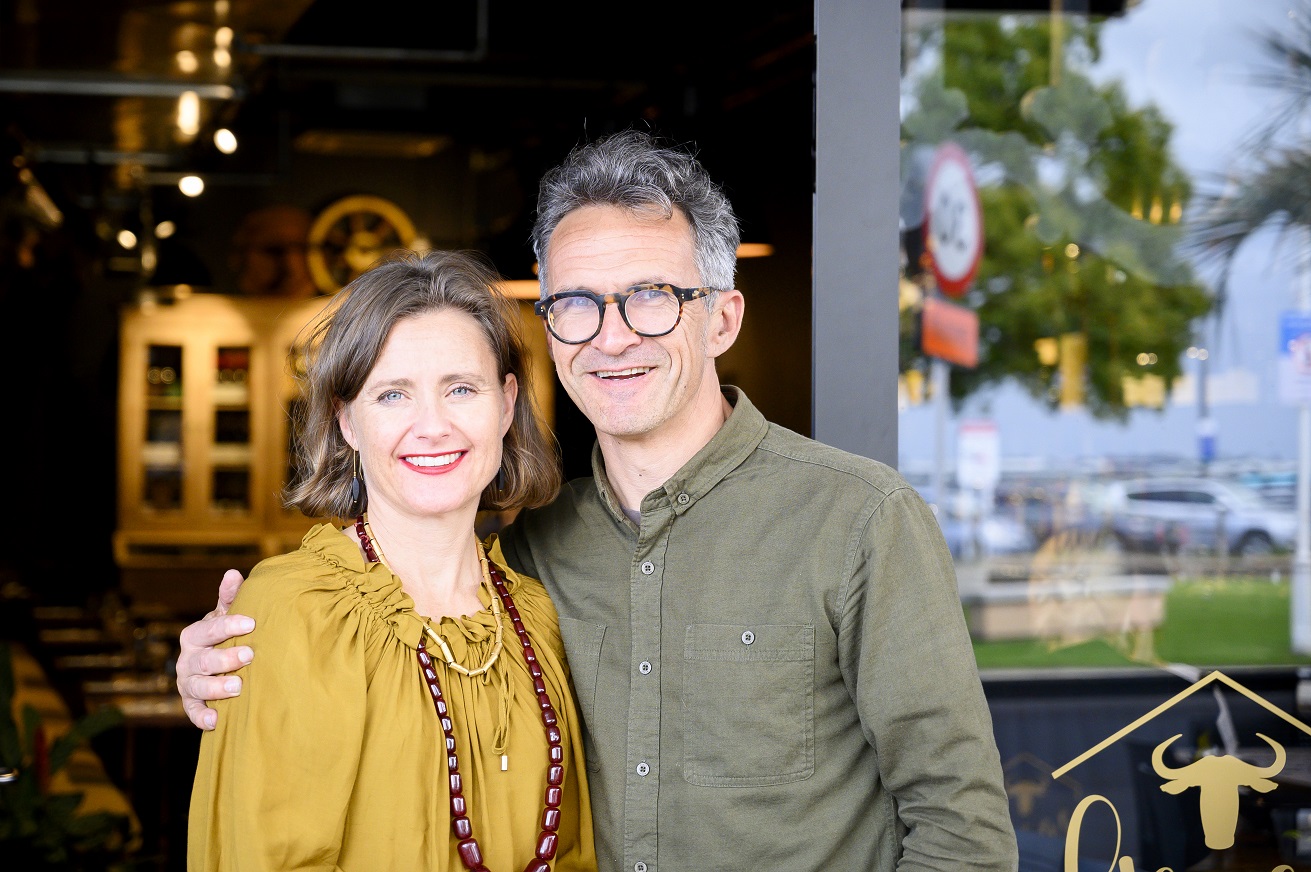 You don’t have to choose between Oscar and Otto, two hot new additions to Tauranga’s Strand. Otto can be your day time go to while Oscar comes into its own in the evening.

The ‘naughty twins’ are the brain children of Catherine MacLoughlin and Hamish Carter, local foodies with a strong pedigree in the Bay of Plenty. Eighteen years ago they set up Alimento Cafe, based on the way they like to enjoy coffee, food and friends. After eight successful years running Alimento they took a break to concentrate on their young family. The request from a close friend for Catherine to cater a function was the catalyst for Hereford Kitchen Catering, still going strong five years and 240 weddings later.

With their four children, now teens and tweens, more independent and a solidly established catering business, Hamish and Catherine felt ready to add another challenge in the hospitality arena. “There’s nothing more satisfying than serving great food to wonderful people,” Hamish says, explaining their motivation. “We love looking after everyone who walks through our doors, making them feel welcome and relaxed; it’s the reason why we are here. There are always magical moments when your business is helping people enjoy themselves.”

The couple had experienced contemporary cuisine in cool contemporary spaces in other centres and thought why not Tauranga? Then, why start just one eatery when you can do two? It just happened that the premises they had their eyes on was perfectly suited to adjoining eateries.

Such was the extent of the work needed on the old building that it was over two and a half years from spotting the site among new builds towards the end of the Strand and opening. “We opened Otto two days before Christmas and in the middle of the wedding season,” says Hamish, shaking his head. Oscar opened a month or so later.

Catherine had a clear vision for both Oscar and Otto: chalk and cheese. They could not be more different in atmosphere, like night and day. Oscar is dark and moody, counterpointed by one long mustard banquette seat overlooked by a family of literary beasts protruding from the black wall. “Oscar Wilde was named for the Wildebeest in the middle,” Hamish explains. The others have literary names; Jack Kerouac, Ernest Hemingway, Victor Hugo and Dorothy Parker.

Oscar is a restaurant and wine bar where you can step away from everyday life into an embracingly mellow environment, a place to pop into for an after-work drink and snack, have an intimate dinner, meet friends for a night out.

While Oscar revels in the shadows, Otto eatery is all about transparency—light and bright, crisp and clear with a Nordic name for an eatery inspired by the Scandinavian ethos. Otto is that first coffee without which you couldn’t contemplate work, breakfast meetings, ladies and businesspeople who lunch while the rushed ones grab sustenance from the cabinet.

“Our establishment of Oscar and Otto anticipated the boom in the business community at this end of town,” says Hamish, indicating the many companies moving into fresh sunny offices above and around them as buildings are rebuilt and upgraded.

On a personal note …

I first spotted Otto when biking past with friends. We screeched to a halt, spread ourselves around an outside table and were most taken with the charming Frenchman who served our coffees. I discovered later that by marrying Catherine’s sister Tiffany, who also works at Oscar and Otto, Mathieu has become part of this talented family.

Later I took my partner to Otto for a birthday breakfast. It was refreshingly different from the usual breakfast fare and so photogenic I broke my ‘don’t take food images’ rule for Instagram.

Lunch with a couple of girls from book club was equally inventive, a truly tasty risotto and a salad of more varieties of beet than I knew existed. Very social too with people we knew at other tables.

I look forward to an evening enfolded in the conviviality that Oscar promises. A friend who has already claimed the bar as her local and has dined there attests to its excellence and tells me they have even had a dinner catered for a special function, when their group was able to take over Otto for the evening and be served a special menu from Oscar.