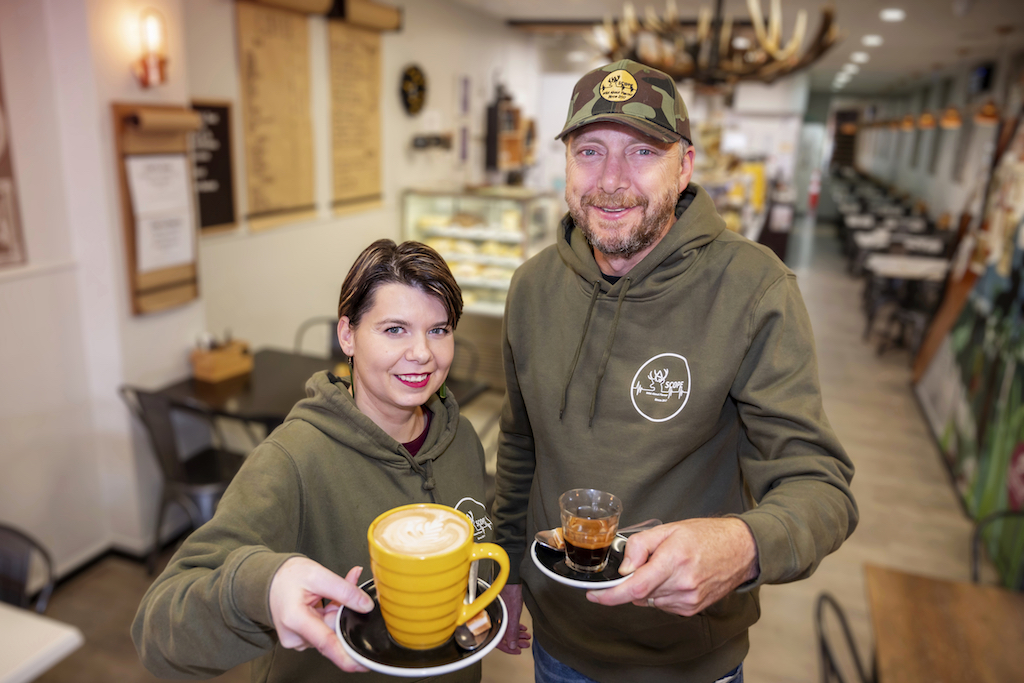 Ensuring you leave happier and more satisfied than you arrived is the driving philosophy Dana and Steve Greer apply in their Rotorua eatery, Scope.

A big smile from Neveda behind the counter when I arrived, buzzy atmosphere, table waiting for me, water ready, stuffed kumara from the cabinet with a side salad so sumptuous it was the star of the meal. Ha, I thought, I’m getting special service because I’m from Nourish Magazine. I soon discovered that every customer is treated like this at Scope.

Dana and Steve gave me time to savour one of the best light lunches ever then sat down to tell me their stories. They met during previous lives in the finance industry and have been together six years, four of them pouring their passions into this business they set up and love.

When Dana was drinking her mother’s thick Turkish-style coffee at home in Transylvania (central Romania) and her father was off hunting in the hills, she had no inkling that coffee and hunting would play such a part in her future life thousands of kilometres away in New Zealand.

Dana’s Kiwi journey with coffee began when she started teaching herself to be a barista soon after she arrived in New Zealand over two decades ago. While YouTube helped, her major mentor was Chris White, owner of Altura Coffee Company. She met him when she began to enter barista competitions and, despite a disastrous first attempt when the machine failed, Chris, who became a World Barista Championship Head Judge, recognised her commitment and potential. When the comps were held in Tokyo, Dana travelled with the New Zealand team.

As Altura guards its brand fiercely, it was Dana’s coffee credentials and relationship that ensured Scope would be the only eatery in Rotorua’s CBD to serve it. “I have always admired the ethos behind Altura. Every batch can be traced to a single farm in Brazil, Colombia, Mexico and Papua New Guinea,” says Dana.

She acknowledges, “While the perfect cup of coffee is beautiful in its simplicity. Its journey from coffee tree to cup is far more complicated. By aligning with Altura we deliver on both the sustainable and the flavour fronts.”

Talking flavour, Dana explains they use two blends, one for coffees with milk, another for black, as milk changes the flavour profile. No wonder so many regulars stream in every morning! By describing cup notes like pecan, hokey pokey, nutty and cocoa, she illustrates clearly the parallels between coffee and wine making.

While Dana waxes lyrical about coffee, Steve grins quietly and waits his turn.

Signage references the deer and the scope of a gun, and dishes on the menu have clever hunter gatherer names like ‘buck granola’, ‘bush tucker’ and ‘fishing for compliments’; evidence of Steve’s love of hunting.

It started over 20 years ago when a bank colleague invited this city boy out hunting. He discovered he really enjoyed the outdoors, the camaraderie, the strategies and the cooperation involved. Now he mainly hunts with a small group of dedicated hunters who believe in a sustainable game management programme, alongside the Kai Waho Experience, one of a privileged few to do so.

Respect for the animals he hunted led Steve on a quest to create the best possible recipes from them. While the fruits of his hunting expeditions are for personal consumption only, his experiments with flavour have enhanced Scope’s scope. “Dana and I cook at home every night,” Steve explains. “Ingredient combinations and ideas we try make their way onto Scope’s menu tweaked by our amazing chefs.”

Hunting may be a theme (and a good way to encourage blokes in; locally brewed beer helps too), but it never overshadows the overall impression that Scope knows its market and knows the rewards that come from caring service, interesting and reliable food and excellent coffee.

Dana has the final word: “For serious coffee drinkers it does not matter how good the food is, the quality of the coffee will be the key to their return. We want them to leave with a good taste in their mouth.”

I certainly did, and next time we go to Rotorua to bike the Redwoods, we will start the day with breakfast at Scope, open at seven on weekdays and eight at weekends. With coffee of course! 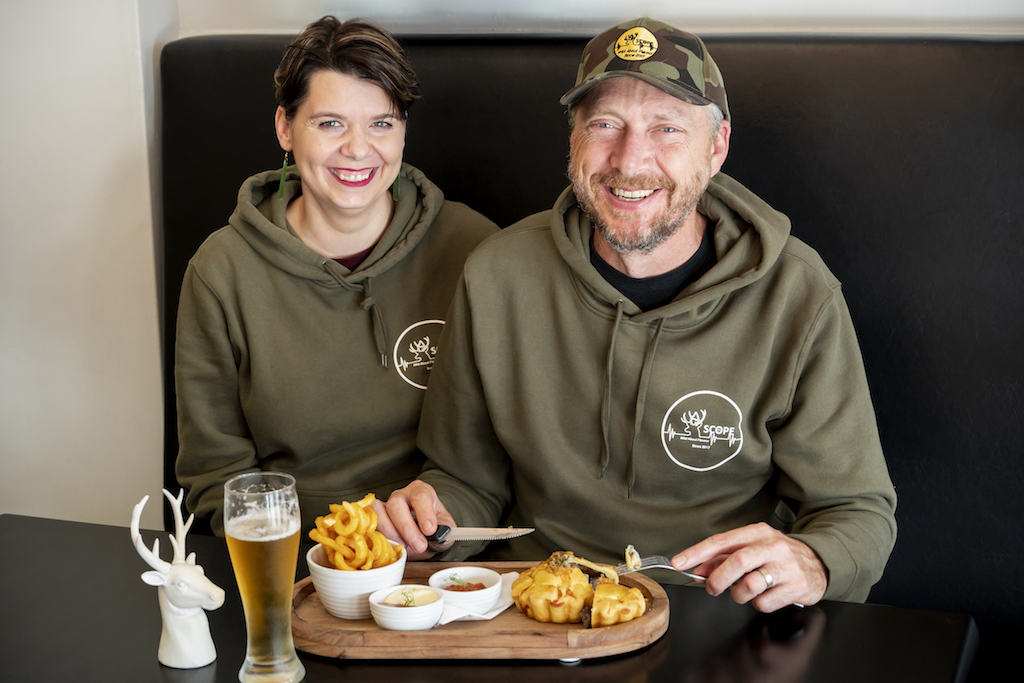