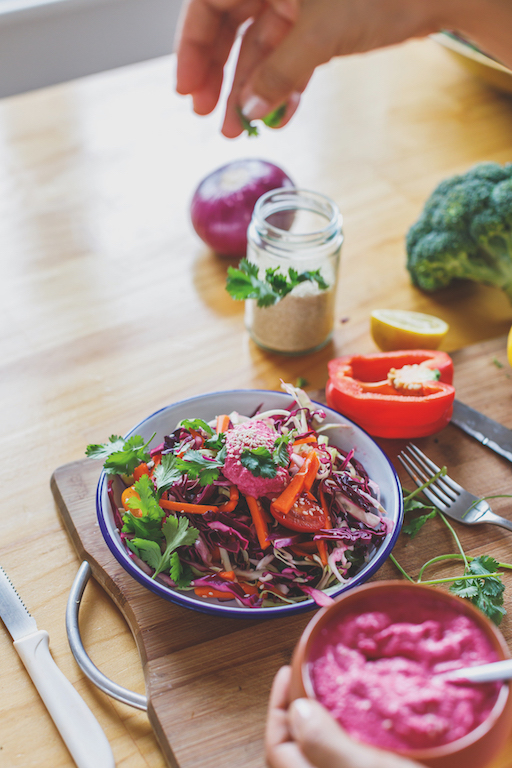 I arrived at V on Wheels owner Mila Arena’s home where I was immediately offered a wholesome slice of toast topped with beetroot hummus, tomato and avocado. Argentinian-born Mila sipped on her traditional South American yerba mate while we chatted away about her business and her life.

V on Wheels is New Zealand’s first vegan meal delivery service. Its mission is to make it easy for Kiwis to eat healthy, tasty, plant-based fare more often. With beetroot rice and golden turmeric cream, piled high vegetables and a generous dose of herbs, lined up the frozen meals look like a packaged rainbow. “That’s just me. That’s Mila. I love colour and I believe that we eat with our eyes.”

Mila is from Mendoza, a city of one million people in Argentina’s mountainous centre. Like most South Americans, she grew up with a culture intrinsically tied to food. “Food, friends, family – they’re all the same thing,” explains Mila. “You never cook just for yourself. You are always inviting people over to eat.”

Back in 2012, Mila applied for a one-year working holiday visa and swiftly found herself living a stone’s throw from Omanu Beach. Eight years later, she’s on the home stretch towards becoming a Kiwi citizen. And just as Mila didn’t plan to move indefinitely to New Zealand, she didn’t set out to start a business.

Four years ago, Mila went through a challenging life phase which saw her quit her job and become newly single in quick succession. While figuring out her next step, she started cooking and delivering frozen meals to friends and neighbours. Employment soon followed, but Mila had already fallen in love with cooking the food she liked to eat and sharing it – to much acclaim – with people around her. Within a year of balancing a day job with her sideline business, it was clear that V on Wheels had struck a chord with her growing clientele. She took a leap and decided to commit fully to her meal delivery service.

V on Wheels has evolved over the past four years. Once a neighbourhood initiative, a courier now delivers the goods across the entire North Island. From a home-based enterprise cooking everything herself, Mila has now hired a professional chef and works out of a commercial kitchen. Packaging changed. Nutritional labels were printed. Her food is stocked in cafes, health shops and Bin Inns throughout the Bay of Plenty, Auckland and the Waikato. What has stayed the same is the core concept: convenient, frozen nutrient-dense meals bursting with flavour.

If you are worried about a plant-based lecture being attached to your meal, think again. Mila is passionately inclusive, hoping only to give people vegetable-packed meals without a hit to the conscience. “Everyone is welcome. There’s no guilt if you aren’t vegan.” If you are inspired by her tasty fare to attempt more plant-centric cooking at home, that’s a bonus.

In fact, Mila’s own veganism was an off-shoot of V on Wheels. When she began the business, she was a vegetarian and made both vegan and vegetarian options, but it made sense to focus on one or the other. “Since vegan was the more inclusive option and accommodated more customers, I chose that one. And my diet preferences at home followed.”

In 2018, with V on Wheels thriving, Mila put herself in the running for a LinkT Innovator of the Year award. Certain she couldn’t win among such impressive competition, Mila enjoyed the awards ceremony with her mates. Then she heard ‘V on Wheels’ announced as the winner. “I was nervous. I had a couple and, remember, I’m not speaking in my first language,” Mila laughs, recalling her unplanned acceptance speech. It took her a couple of days to process the fact that she had actually won, but she now displays her award proudly and fittingly in her home kitchen.

More than anything, Mila is motivated by her customers. “Positive feedback is so encouraging. I love that my food makes people feel good.” Whether they feel healthier, lose weight, decide to go vegan or simply want to dip their toes into the plant-based revolution, Mila is just happy that people are enjoying her slant on food.

Mila and her award-winning V on Wheels have big plans for the future. She hopes to keep reaching more people, start sending her frozen meals across the whole country and see her products land on supermarket shelves.

The menu at V on Wheels includes six permanent dishes with a few rotational, seasonal selections.

Best for vegans? Any! 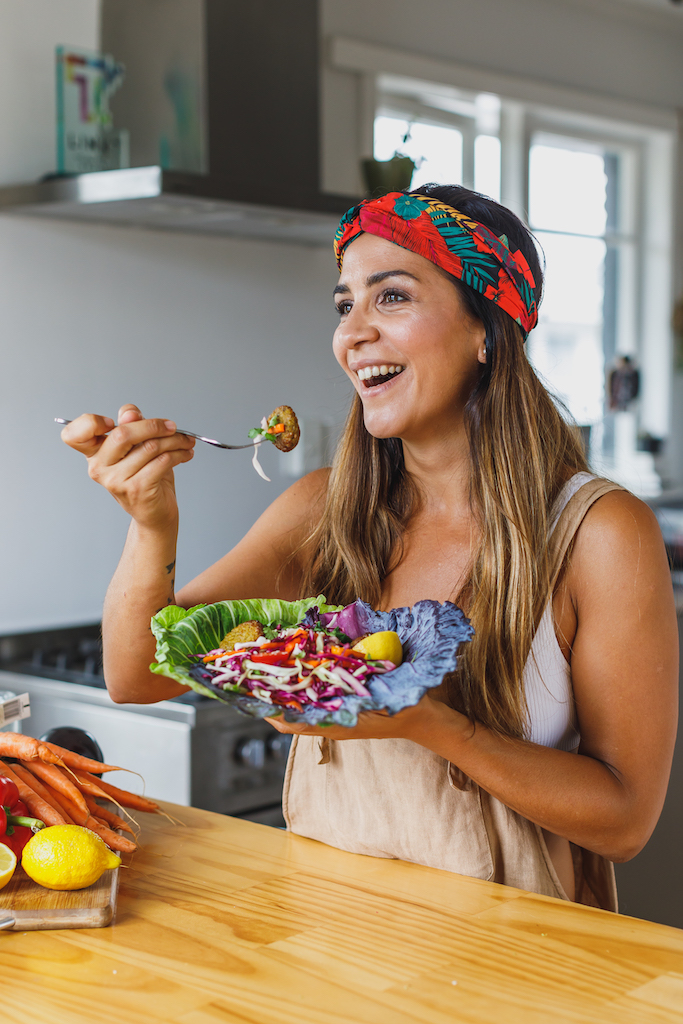