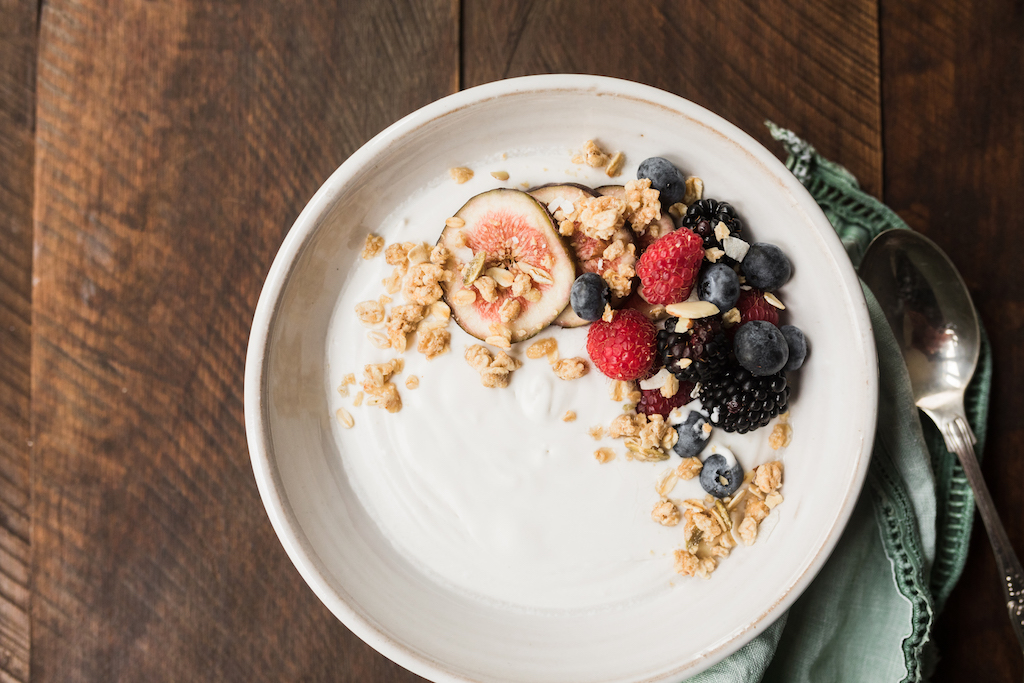 Going completely plant based can be a daunting task. Even in seemingly plant based items like wine and beer hidden meat products may be lurking. While gelatine (derived by animal cartilage) is used in jellies, sweets and as a common thickener, sauces like Worcester are made from fish and many curry pastes contain fish sauce or shrimp paste.

Henry Jacobs from Primo Vino in Hamilton says demand for vegan wines have been steady for many years, yet in the scheme of things still very low. “A lot of producers are moving to practices that align more with ‘natural’ philosophies, and with good results,” says Henry who always has a few options in store. Vegan wines use no animal products in the fining and finishing of the wine. “The other more painstaking approach,” explains Henry, “is to let the wine settle and then put it into bottle after the sediment from the wine making process has fallen to the bottom of the fermentation vessel. This takes longer so for many companies is not economical.”

When it comes to vegan wine, one large company is found throughout all retail channels is Yalumba. They have a great vegan range, and also proudly cover the organic category with wines which have great reviews from the critics and the wine drinking public.

The purple flower that grows at the end of a bunch of bananas, banana blossom is common in Asian cuisines. Expect to see more of this on trend ingredient, with its fleshy texture lending itself to dishes such as vegan fish, stir fries and salads. Unfortunately the fresh version is hard to find in New Zealand, unless of course you manage to grow your own bananas. Thankfully you can find tinned ones in good Asian and specialty supermarkets.

A jack of all flavours, the young, unripe jackfruit soaks up flavour while its stringy, ‘meat-like’ texture makes it a great chicken or pork alternative. Again, you’re unlikely to find a fresh one in New Zealand but the tinned variety is becoming more and more common.

Made much like cheese is, soy milk is curdled and then compressed. Tofu comes in various textures from silken, soft, firm and extra firm. Rather bland on its own, the role of tofu in most recipes is to act as a flavour carrier and to add texture.

Unlike tofu, tempeh is made from the whole soybean which is fermented and then made into a firm cake. Originating in Indonesia, tempeh has an earthy flavour that can develop as the tempeh ages.  As the whole bean is used, tempeh has a higher protein, fibre and vitamin content than tofu.

Just because you don’t eat dairy doesn’t mean you have to give up on yoghurt. In fact you can make great yoghurt from most non-dairy ‘milks’, it’s just a case of experimenting. I found coconut cream is the easiest, as other ‘milks’ may need more thickening. The key to any version is saving a ¼ of a cup from each batch to start your next. There are two ways you can make it: one uses a yoghurt maker, the other a good old thermos.

In a small pot mix all the ingredients and heat to 40°C.  While the cream is warming, place boiling water in the thermos to heat it up.

When the cream is warm, remove the water from the thermos and replace it with the cream mixture. Place the lid on and allow it to sit for 24 hours. Pour the yoghurt into a jar, give it a shake and allow it to set in the fridge for a further 12 hours.

You can sweeten the yoghurt by adding some maple syrup before placing it in the fridge.

* You’ll need to start with your favourite store-bought yoghurt.

This garlic mayonnaise uses the magical yet often discarded brine, or aquafaba, that surrounds chickpeas or tinned beans.

Place the aquafaba, mustard, salt, garlic and vinegar in a blender and process. With the engine running slowly, drizzle in the oil until you have a thick mayonnaise. Taste and check for seasoning, adding a squeeze of lemon juice or a little more salt.

Store in an airtight container for up to two weeks. 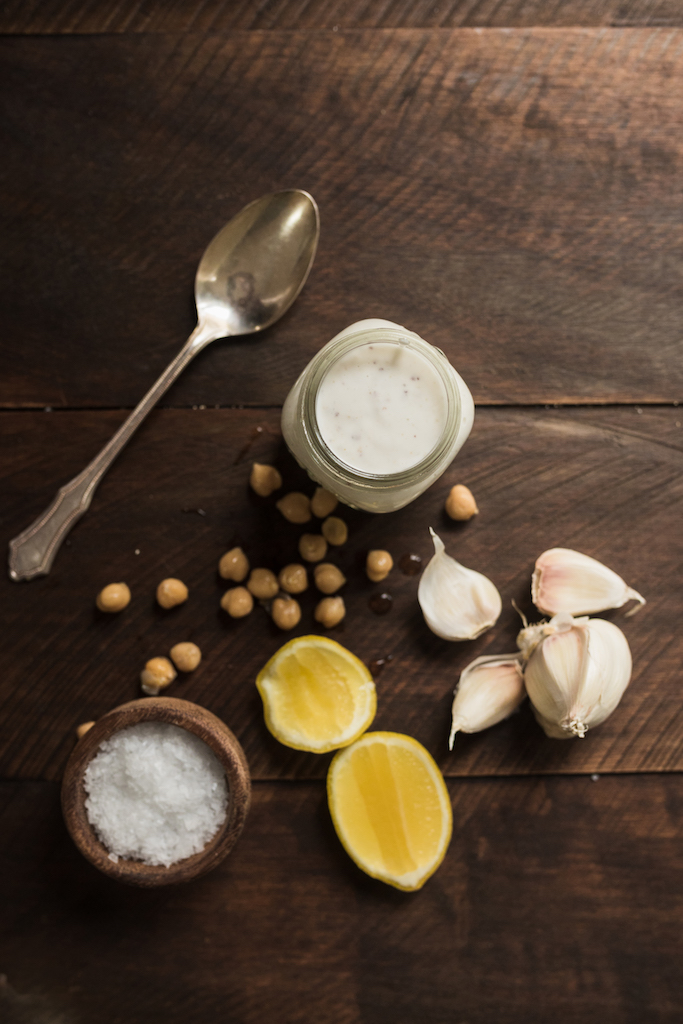