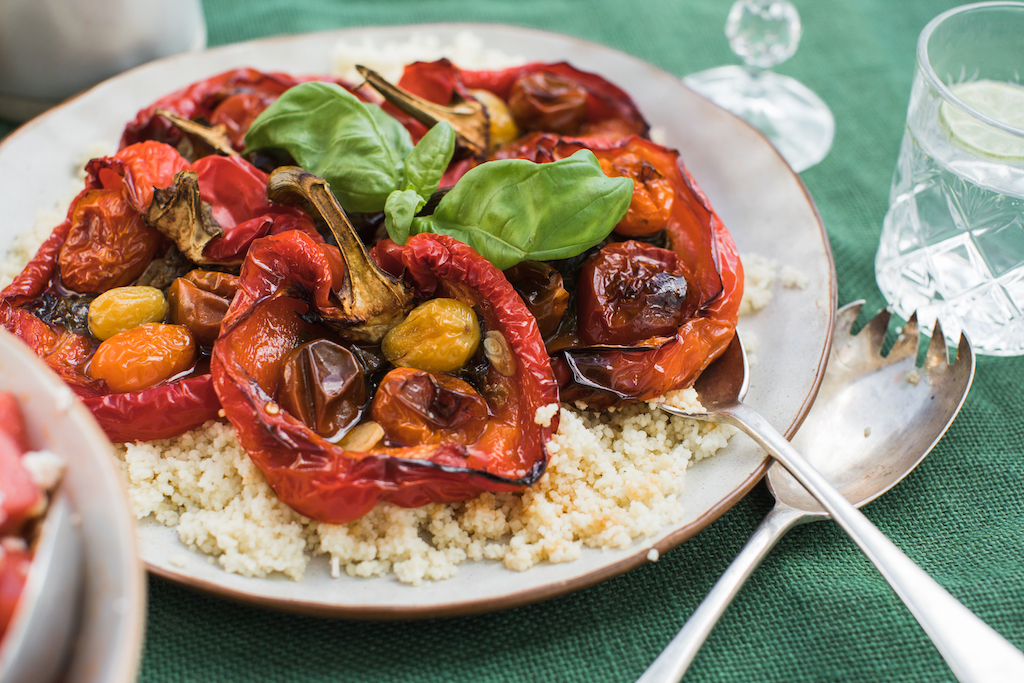 Sophie Beck from The Punnet in Tamahere shares a recipe she learnt while working at The River Cafe in London. “The produce they used,” Sophie says, “was absolutely out of this world and to really showcase the produce, simplicity was key. I love being able to highlight the beautiful heirloom tomatoes now available. This is a great summer dish, which looks and tastes amazing on any antipasto platter as a starter or as part of a buffet.”

Preheat the oven to 150°C.
Cut the peppers in half lengthways, scooping out the cores, ribs and seeds. Season the insides with salt and pepper.
Arrange the pepper halves cut side up on a baking sheet. Divide capers and garlic over the 8 pepper halves. Add a white anchovy into each half, followed by 2 basil leaves. Fill each pepper with 4 cherry tomato halves and drizzle with sherry vinegar and extra virgin olive oil. Bake for one hour or until peppers are super soft, semi dried and collapsed. If there is still quite a bit of liquid in the peppers, keep cooking them in the oven until they start drying up.
Serve at room temperature.