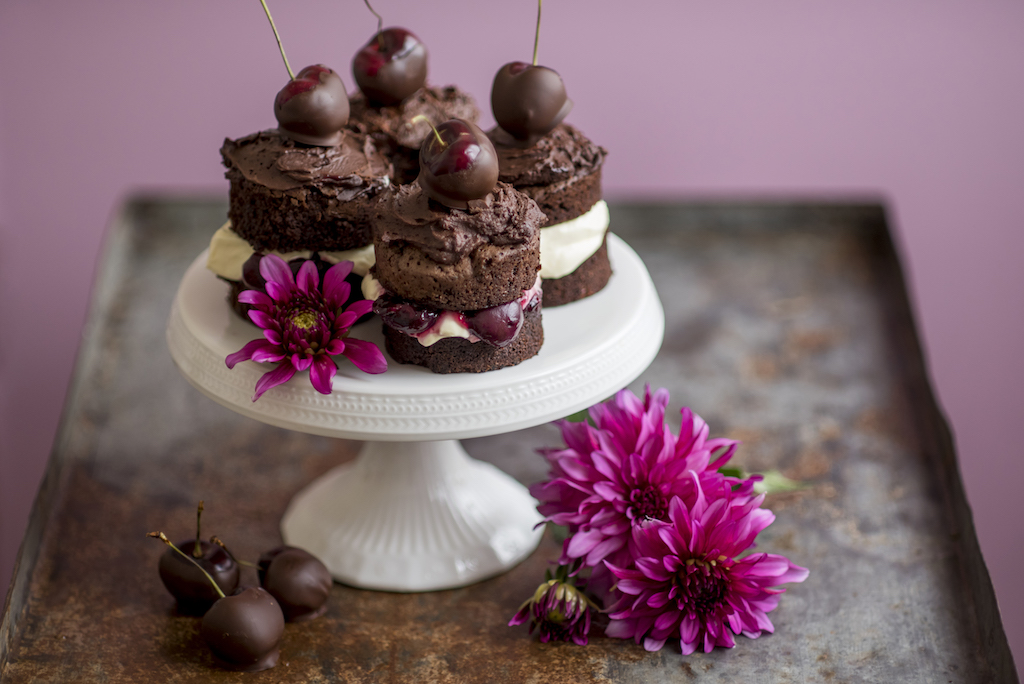 To make the cakes melt 150g of the chocolate with the coffee. You can do this in the microwave (in 30 second bursts), over a double boiler or directly in a pot if you have an induction cook top. Once melted, set aside and allow to cool.
Beat the eggs, sugar, vanilla and oil together until light and fluffy then slowly add in the melted chocolate.
Fold in the dry ingredients, then finally the milk.
Grease 12 individual mini cake tins/Texas muffin tins and divide the mixture between these. Bake for 15–20 minutes at 180°C.

Place the cherries in a small pot with the sugar and lemon juice. Simmer for 15 minutes. Mix the cornflour with the water then mix this into the cherries. Continue to cook until thick. Take off the heat and cool completely.

When the cakes and cherries have completely cooled, whip a cup of the cream (with a tsp vanilla extract—optional) until soft peaks.
Make the ganache by melting the remaining chocolate and cream together.

To assemble, cut each cake in half, piping or dolloping the cream on the bottom halves of each cake.  Top these with the cherry mixture before carefully sandwiching with the top of the cakes. Ice with the ganache and, if you want, chocolate dipped cherries. 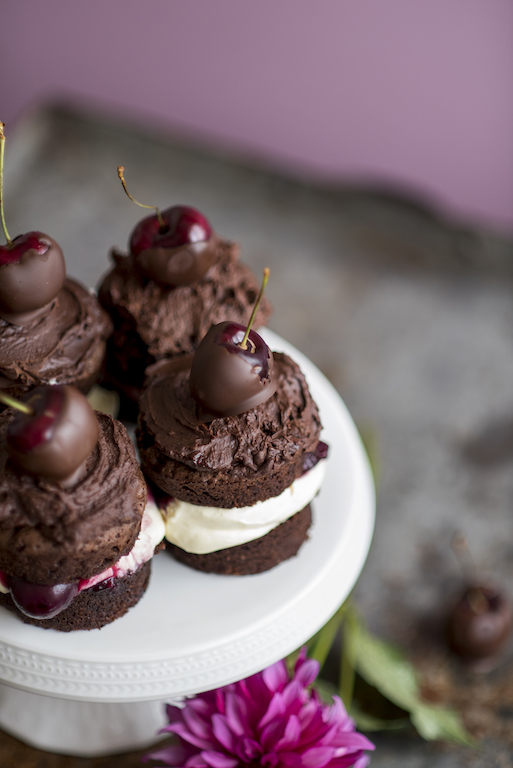