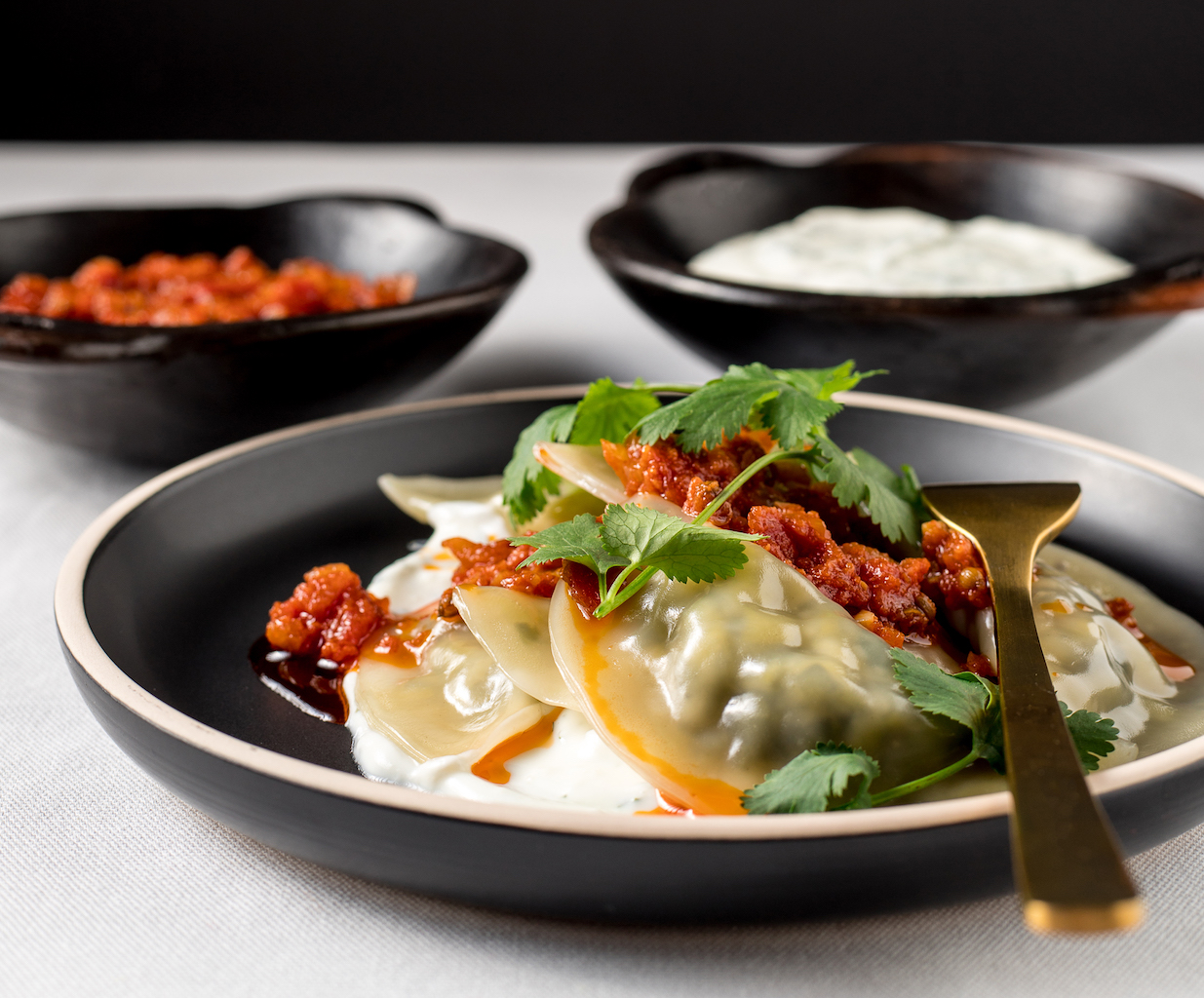 Although the team at Home Kitchen hail from a number of countries, food served at the restaurant and cooking classes has been heavily influenced by Afghan and Arabic cooking. The catering menu includes food from Burma and Pakistan, and in the future some Colombian dishes will be added to the overall repertoire. Eggplant maghmour and ashak, or vegetable-filled Afghan dumplings, have been crowd favourites and offer a warm introduction to the team’s flavourful cooking.

Ashak featured in the Home Kitchen tasting menu at Yalla Yalla Cafe over winter and in their popular weekend cooking classes. Served with a minted yoghurt dressing and drizzled with an oil-based tomato and garlic sauce, these dumplings are comforting, moreish and an absolute flavour sensation. Try serving them alongside the eggplant maghmour for a sumptuous feast.

Mix together the yoghurt, mint, garlic and salt and pepper to season. Set aside in the fridge until later.

Heat oil in a small frypan over medium heat. Add chopped tomato, onion, garlic, coriander seeds, cayenne pepper and salt. If you’re sensitive to spice, add less cayenne pepper or leave it out. Fry, stirring often, for 10–15 minutes, until soft and fragrant and the tomato has lost a lot of its moisture. Set aside until serving time.

Heat oil in a large frypan over medium heat. Add chopped leeks, spring onions and garlic. Cook, stirring often, for around 10 minutes, or until the mixture is soft and fragrant and has reduced in size by about half. Season with salt and pepper to taste.

To assemble the dumplings, you will need a small bowl of water and a lined baking tray to arrange them on. Spoon a teaspoon of leek mixture into the centre of a dumpling wrapper. Dip your finger into the water and wet the edges of one half of the wrapper. Fold the wrapper in half to form a semi-circle and pinch around the edges, making sure the dumpling is fully sealed. Set aside on the lined tray and repeat until all dumplings have been filled. At this stage the dumplings can be covered and refrigerated until you’re ready to cook them.

The dumplings can be steamed or simmered to cook. If steaming, arrange the dumplings in one layer in a stainless steel or lined bamboo steamer (not touching, otherwise they’ll stick together). Steam for about 5 minutes, until the wrappers are translucent. If simmering, lower dumplings into simmering vegetable broth or water and simmer for 3–4 minutes, until wrappers are translucent. Repeat in batches until all dumplings are cooked.

Amber Bremner is the author of popular plant-based food blog Quite Good Food. A champion for cooking and eating food that makes you feel good, she believes small changes in the way we approach food have the power to make a difference. 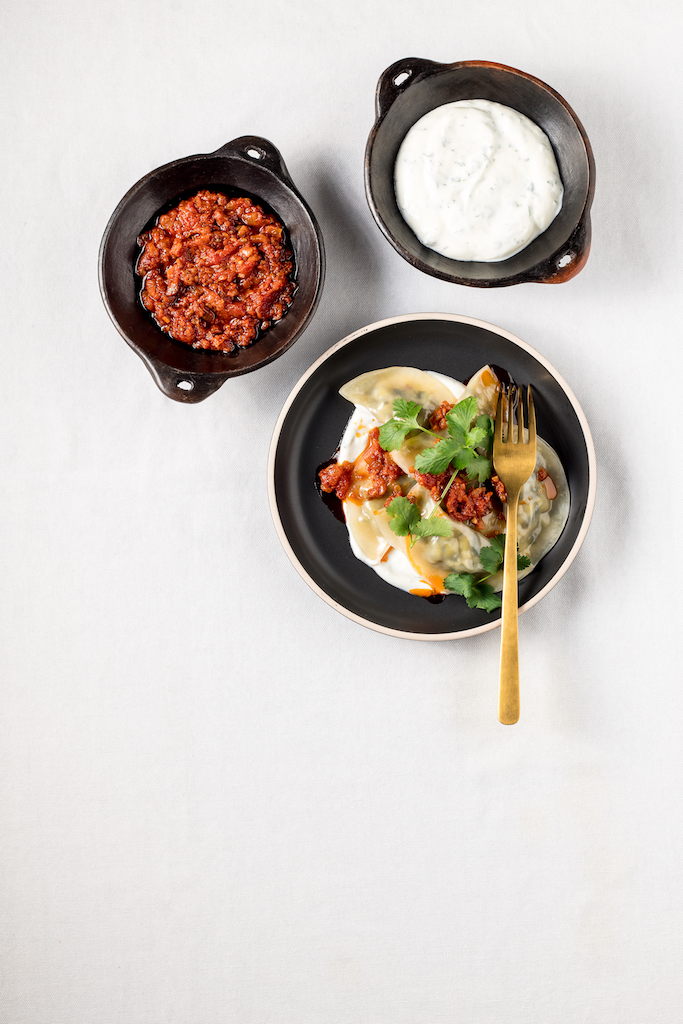