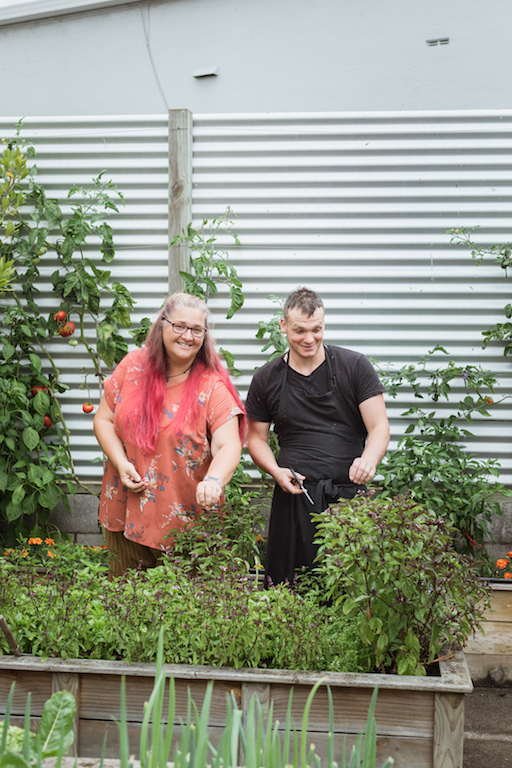 It’s mid-morning at Hayes Common in Hamilton East and a chef in his whites and a bartender in his denim apron are scouring the kitchen garden in front of the cafe. Both are carefully selecting herbs and edible flowers for their lunchtime mise en place.

In the kitchen garden everything has its proper place, explains Lu Cope, the gardener who looks after the gardens at Hayes Common. In addition to what can be used for cooking, she says, “The planting out the front is for shape and form plus the underplanting is all to deter mosquitos from the river!”

Through the kitchen and out the back door is the main garden. This is where Lu grows the majority of the veg that supplements and complements the produce bought in to create not just the dishes on the menu but the drinks whipped up in the bar. There is a permanent planting as well as a seasonal one. To decide what to plant, Lu confers with Lisa Quarrie, Hayes Common’s owner and driving force. She will also discuss which seasonal crops will be used by the bar and the kitchen. They are an adventurous and demanding bunch. At the time of writing, the garden is boasting everything from lemon balm to Vietnamese mint, edible flowers to courgettes, tomatoes to figs. All this just a five-minute drive from the centre of Hamilton!

Lu, her husband Terry and their kids can often be seen watering and tending the gardens in the morning and the evening. They live just a few doors down the road so are firmly entrenched in the local community. They chat amiably with staff and customers alike, their collies weaving around their legs, sniffing out scraps dropped by careless diners.

Lu gardens organically and as sustainably as possible, trying “to minimise the introduction of new materials and return much of the waste back to the gardens”.

This means allowing certain plants to go to seed to propagate for the following season and using waste to fertilise the soil whenever possible.

This idea of a closed loop or a cycle is infused into the ethos of Hayes Common. The pickling brine from the green tomatoes that go into the delicious heirloom tomato salad is repurposed by the bar to create their Bloody Maria—a piquant and morish twist on a Bloody Mary (tequila taking the place of dreary old vodka).

Head Chef James Clark considers sustainability on a larger scale when designing a menu and sourcing ingredients, combining his talent in the kitchen with his passion for sustaining and preserving New Zealand’s natural resources. As a keen recreational fisherman, James has strong feelings about New Zealand’s responsibility to manage its fisheries more sustainably. James believes we need to “go back to small, local, low impact artisanal fishing. Simply put, if you take fish out of the ocean faster than they can replenish, you end up with nothing”.

James’ principles feed directly into what goes on the menu. “Any keen fisherman should have a deep love and respect for the ocean and would want to see it looked after, so we will only buy seafood from suppliers that harvest sustainably.”

He also believes that chefs have a responsibility to educate the public on alternatives to snapper and terakihi and to make use of parts of the fish that would normally be discarded. Showing people “there’s more to fish than a fillet”.

Reducing waste is an ethos you’ll find throughout the business from the milk that comes in reusable glass bottles from Dreamview to the fish boxes turned into propagation trays. Reducing plastic is key, says Events and Business Development Manager Shona Lambert, and this is reflected in everything from the toilet paper choice to supporting initiatives like Again and Again Cups.

For all their sustainable credentials, Hayes Common manages to wear their ethical principles lightly. Service is easy-going and friendly, and the food is reliably delicious: from classics like Eggs Benedict with house-cured king salmon at breakfast to freshly shucked Te Matuku oysters for lunch alongside old favourites like battered fish and chips (using delicious but less famous varieties such as porae).

In the evening James really gets to flex his creative muscles. The Te Mana lamb shoulder for two or three, with peas, pomegranate and an unctuous lamb jus is as good a meat dish as you are likely to find. The meat is sustainably sourced of course but it’s the flavours that draw in the diners night after night.

David Wrigley is freelance writer based in Cambridge. His work has appeared in publications such as The Guardian and Noble Rot. He is a veteran of over 20 years in the London restaurant scene. 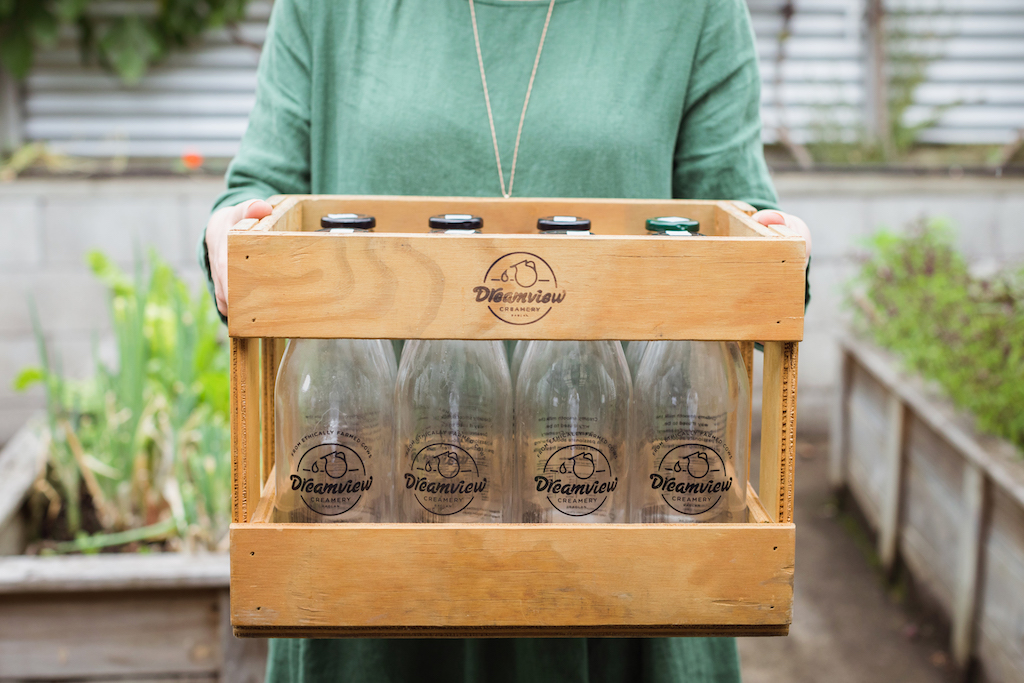