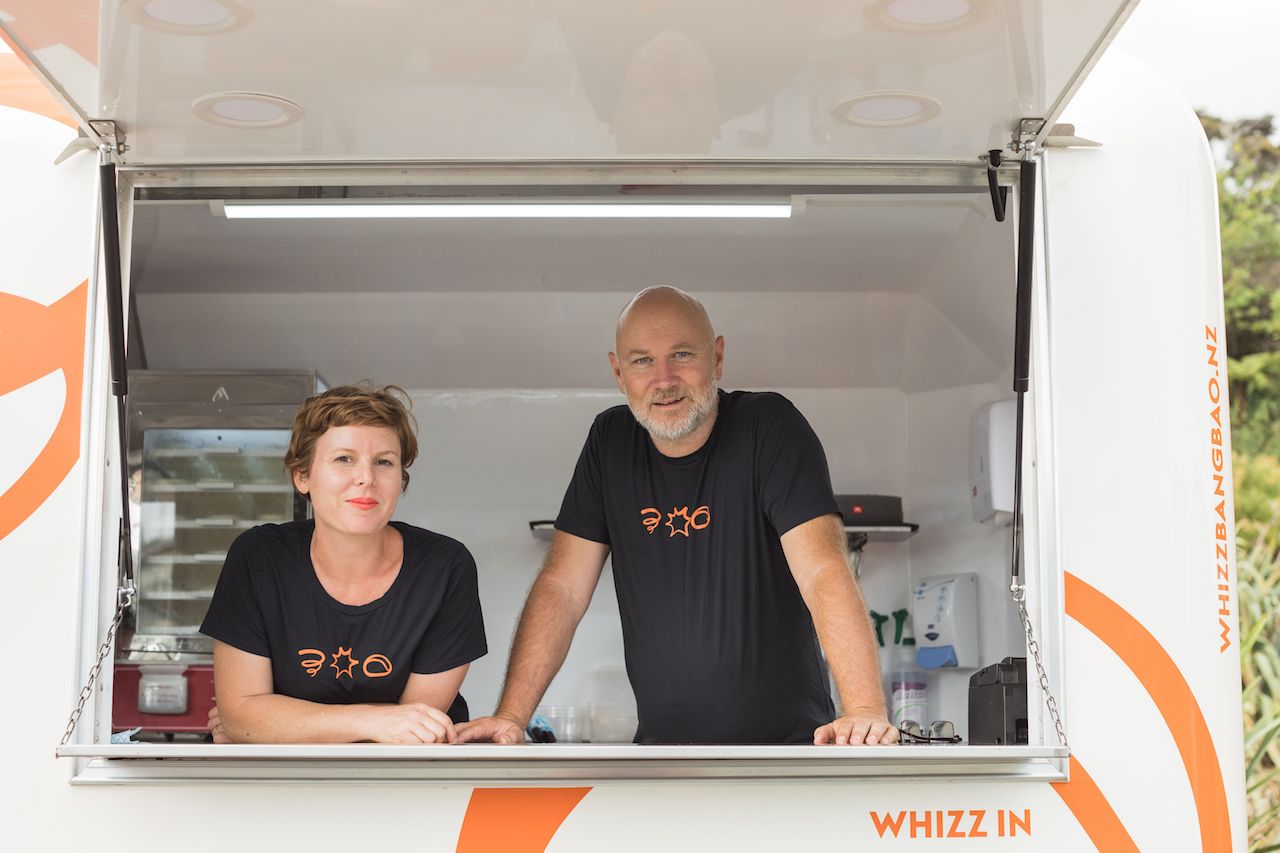 Gua bao (cut bread) originated in Fuzhou, the capital of Fuijan province in China. It has travelled throughout Asia, with many variations, and it is particularly popular as street food in Taiwan. In more recent years, it hopped oceans and ethnicities to pitch up in New Zealand and there is a particularly good example at Hamilton East’s Hayes Common eatery. The pork belly bao, an East-West hybrid with golden sauerkraut, pickled radish, coriander and sticky sauce has been on the menu since opening day nearly four years ago. There’d likely be a riot among regulars if it got the chop.

Hayes Common owners Lisa and Brent Quarrie are taking bao to the next level with a food trailer dedicated to this delicacy. Their purpose-built, hard-to-miss orange and white trailer is titled Whizz Bang Bao. It had its first outing at the New Zealand Sevens tournament in Hamilton in February, and they’re looking forward to offering ‘bang’n bao’ at events and markets throughout the Waikato.

Says Lisa: “Brent and I have always loved bao and it was one of the first things we wanted on our menu when we opened Hayes Common. They’re so textural, fresh and crunchy, with a little hum of heat.”

Lisa and Brent are both trained chefs and in the beginning they made the steamed buns by hand; they couldn’t keep up with demand and now buy them from a quality provider. Everything else is made from scratch in Hayes’ kitchen. “We focus on our fillings.”

Lisa says the Whizz Bang Bao idea has been waiting in the wings for the past 18 months; it is an opportunity for Hayes Common to expand its clientele, take its stylish food to different people and places. As well as markets and events, the trailer will be available for corporate functions, weddings and similar private occasions. “It also gives our team some off-site exposure, and the opportunity to do something different.”

Choosing bao as the trailer’s fast food was a no-brainer; it’s a tidy picnic-style package to make—and eat—on the fly. “We knew it would work. Bao is quick and it’s fun. We also wanted the project to be light-hearted and full of energy.”

The old fave ‘Whizz Bang’ firecracker (the one that makes a whizzing sound) has lent itself neatly to the trailer’s name and signage. Lisa and Brent say they’ve valued the design and branding input of talented Hamilton team Area Design, and they’ve had much entertainment playing on words as they named the five styles of bao on the trailer menu. All of which have the Hayes Common stamp of fresh, tasty and creative.

Then there’s the trailer itself, roomy and shiny new, built to Lisa and Brent’s specifications by Mt Maunganui firm NZ Food Trailers. The exterior has whizzo signage to make you smile and the stainless steel interior is dedicated to the serious work of producing bao at high volume. Much of the prep will be done at Hayes Common’s kitchen but essential equipment in the trailer includes an Alto-Shaam holding oven for meat, a steam cabinet for the buns, a hot plate, double-fryer and under-bench fridge.

You can just picture the punters lining up at the serving window saying, “Wunder Bao!” 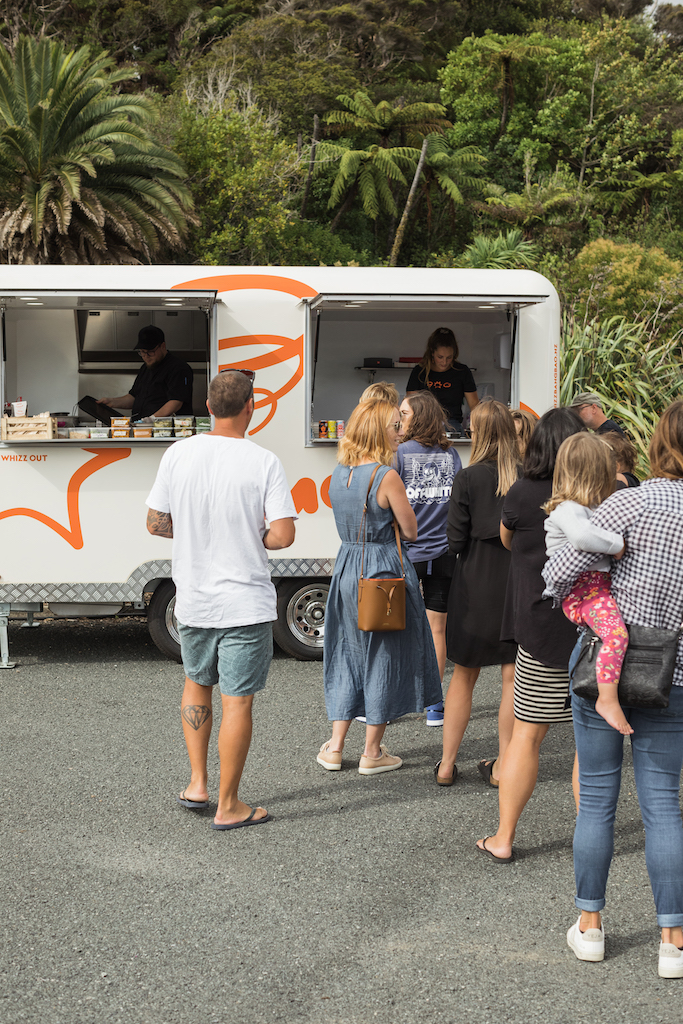