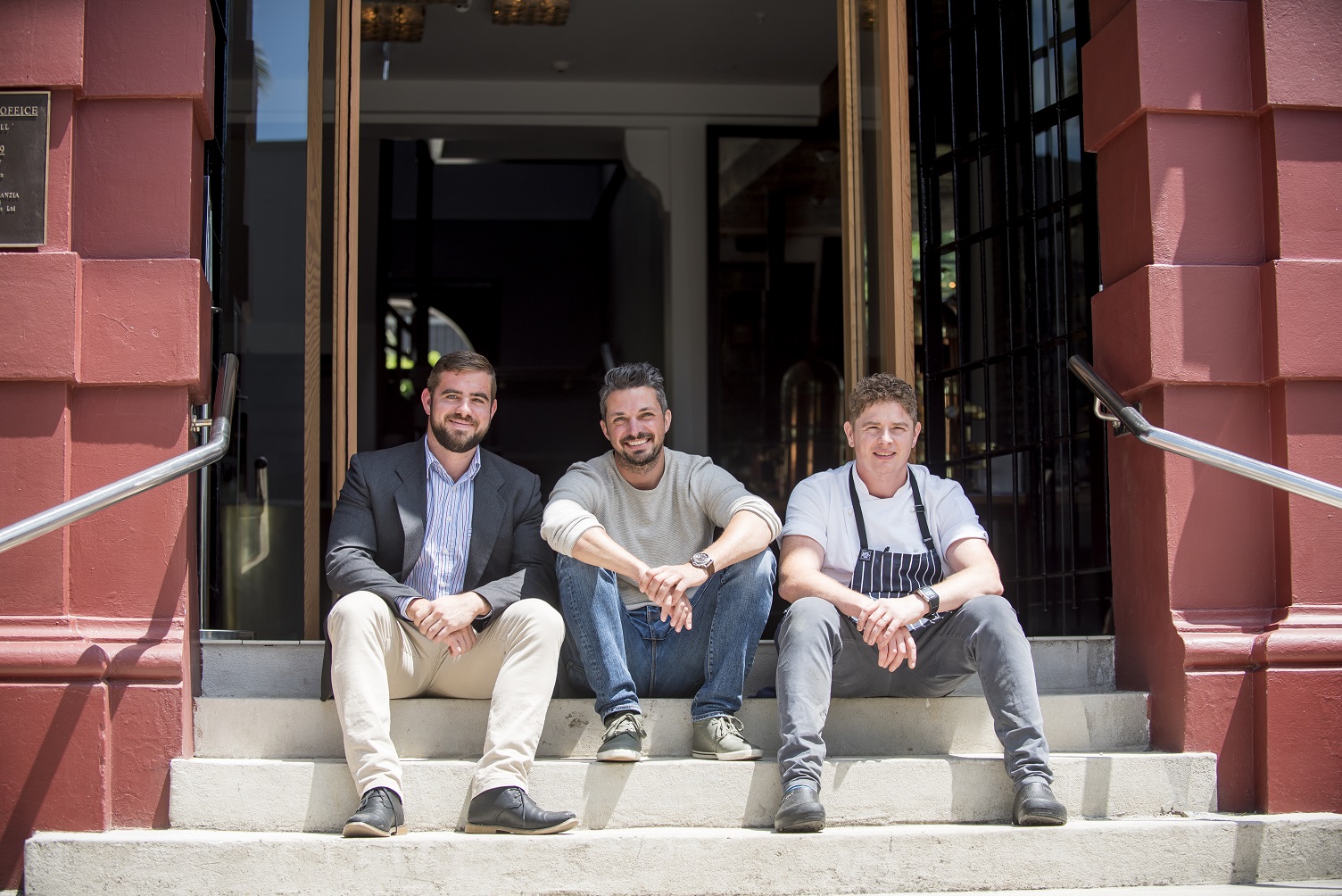 Lunch today is on the terrace of Clarence Bistro Hotel, in Tauranga. Clarence is in the heart of the city, shielded by cool greenery from the streets below, its elevated position catching the breeze on a sunny afternoon.

There are fresh flavours on the table in front of us: an entrée of heirloom tomatoes, strawberries, green tomato relish, fresh basil and crispy fried bread for texture.

Clarence co-owner Noel Cimadom says this dish is one of his favourites; “a garden on a plate”, he says, as he settles back and talks about Clarence, and the all-consuming project to restore and refurbish a town treasure.

Clarence opened last year, on November 5, in the stately former Tauranga Post Office, on the corner of Willow and Harington Streets. Built in 1906, the premises originally had various government departments upstairs, and the post office downstairs.

It was designed in Edwardian Baroque style by early Government architect John Campbell. It has a distinctive clock tower, a long history in the city, and a Heritage New Zealand Category 1 listing. Its latest incarnation as a bistro and boutique hotel has been lovingly executed.

The grand dame is freshly painted in cream and earthy colours, and she’s had stylish treatment and major work indoors. Interior design and outdoor landscaping has been planned by Noel’s wife and business partner, Kim Smythe, and there is a cool tropical/botanical theme reminiscent of Singapore’s famous Raffles Hotel. When you’re in a comfy cane chair on the terrace, with a glass of wine in hand, you could almost fancy you’re in tropical South-East Asia rather than downtown Tauranga.

The Tauranga Post Office was bought at auction by Kim’s parents, Isobel and Michael Smythe, in 2001, at a time when the building’s future was uncertain. It was used as office space until about two-and-a-half years ago, then the tenants moved out, and the idea of a boutique hotel and bistro project gained traction in the family.

Says Noel: “We decided to develop the whole place, upstairs and downstairs, and it turned out to be a much bigger job than we thought.” He says there were many issues to navigate, relating to the building’s age and condition, and its historical significance.

The path may have been tricky and taxing, but Noel and Kim are delighted with the now handsome Clarence. It has been named in honour of Kim’s father, Michael Clarence Smythe, who died on December 5, 2013, the opening night of Alpino, in Cambridge. Michael’s vision remains an inspiration to the family.

Upstairs, Clarence has 10 elegantly appointed hotel bedrooms, and downstairs there is indoor and outdoor dining space for 300 people, spread across the bistro, the more casual IKI Bar (serving South-East Asian street food) and outdoor dining areas. “When it’s full,” says Noel, “it’s quite a big machine. We’ve been working hard on fine-tuning our service and systems.”

The bistro and bar have separate kitchens, overseen by executive chef Ian Harrison. Ian is English, but French-trained, and he and Noel have devised the menus for the bistro and IKI Bar.

Which brings us to the food:  Noel is from northern Italy, and his Alpino menu in Cambridge is a contemporary play on Italian culinary traditions. At Clarence Bistro, they’ve moved away from an Italian theme. “We’re using the best of fresh, modern New Zealand food, with a classical European bistro influence, and changing with the seasons.”

For mains, there could be a summer vegetable risotto; lamb rump with white beans, chicory, salsa verde and anchovy sauce; or 55-day aged eye fillet with duck fat potato fondant. And more. Each dish melding seasonal ingredients and classical techniques.

In the IKI Bar, you can choose from the likes of sashimi, tasty bao, yakitori dishes, deep-fried morsels, and sweet treats.

The Clarence kitchen shops throughout the Bay of Plenty, and further afield, for top quality seafood, venison, beef, duck, lamb, fruit and vegetables. There is a carefully chosen wine list, as well as beers, cocktails and other beverages.

Longer term, Noel envisages that Clarence may have its own gardens in the Bay of Plenty, growing produce for the restaurant.  For the moment, he’s happy to see it all up and running. And Tauranga’s old charmer serving her city in a new way.

“We love this building.”